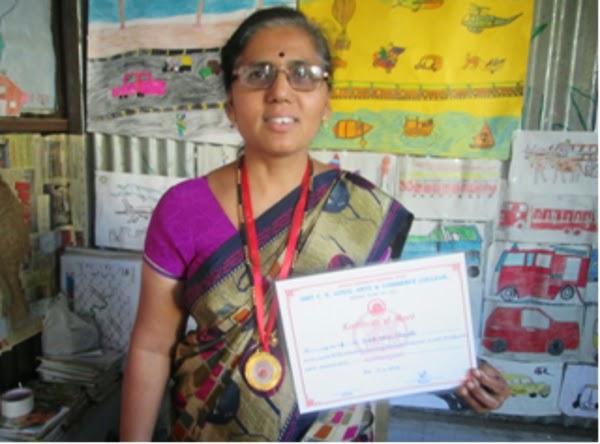 Uma Wagh has been working with DSS since four years. She has completed B.A. and conducts the Study Class and Reference Library at DSS. She works as a mobile teacher. She conducts  the morning  prayers and tells children stories with morals, conducts exercises, spells shlokas and values. She has taught the children to draw rangolis and mehendi. She has taught them small experiments in science.

While doing this, Uma felt the need to study further. She also did reference work and thought of pursuing her M.A. Now, she has cleared her M.A. with a 1st class and in 1st rank. She has also achieved a gold medal.

Door Step School helped Uma to pay her fees for her M.A. She has paid back this amount later.

(Contributed by Anuradha Yernule )
Posted by Mandar Shinde at 10:30 AM